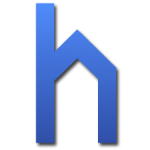 When it comes to shooting film worthy of network TV or music that can be cranked up on radios nationwide, Levi Cathcart says he often runs up against what he calls the “L.A. lie.”

“A lot of big clients feel they have to go to Los Angeles to get that kind of quality,” he said. “The thought is that everything works seamlessly and just takes off. That’s the big lie.”

Instead of Los Angeles, Cathcart would like for musicians, producers, corporations and others to come to Blue House Media in downtown Tulsa, an audio, visual, Web and design collective and studio where he works as writer/director of music video and TV programming.

The company has already established itself nationally — the seven people who work for Blue House have produced advertisements for Canadian Tourism, Mazda, Jeep and Infinity Sound Systems, and engineered live sound for Big Head Todd, Alanis Morissette and Blink 182.

Joel Wade, owner and creative director of Blue House Media, said the company has improved its capabilities further by moving into a new location at 17 W. Fifth St. with audio recording studios and a “green screen” filming space.

Blue House also partnered with Emanon Records, headed by Michael Busch, in the new facility. And not only do they share space, they collaborate on projects. Busch, who started his career working with members of the Allman Brothers Band and has published records for artists such as Jenna Drey and J Paris, said the shared space is beneficial for both growing companies.

“He was looking for space to expand, and I was looking for a space to go to and record bands without renting a studio,” Busch said of Wade. Busch envisions the new studio as a place where well-known artists can record high-quality music without big-city distractions.

In fact, he said he is in negotiations with former Motley Crue singer John Corabi to record at Blue House and also with Tommy Lee, Slash and other members of Velvet Revolver.

Wade sees the new location as adding a good energy to Blue House, which was formerly based in Jenks.

“We want to tap into the vibe of downtown,” he said. Then again, it’s taken a lot of work to get the new studio up and running. Cathcart said the location had been a pawn shop and was in an unusable condition when the Blue House crew checked it out.

“When I first saw it, I asked Joel, ‘Was there a fire?’ ” he said. The studio now sports two noise-isolated recording areas, high-definition cameras, computers and a green screen used by movie studios to place people into any kind of background. Since corners ruin the effect, the screen had to be specially constructed to bend seamlessly around the walls and floor.

That’s not to say every component in the studio is high-tech. A console is coming that can easily integrate digital and analog sound, since many artists prefer more traditional equipment and the goal is to have as many options as possible for clients, Wade said.

Cathcart said Blue House has advanced to the point of being able to provide any kind of audio-visual service a client would normally seek in bigger cities.

This article originally appeared in the Oct, 31st 2009 edition of the Tulsa World.